Barcelona, the 21st of November, 2019.- The Institut Català de Finances (ICF) and the Spanish Development Finance Institution (COFIDES) have signed an agreement in order to create synergies and collaborate in promoting Catalan companies' investment projects abroad. The objective is to make available to them all the instruments that both institutions have at their disposal so as to facilitate the financing of these types of operations. To do this, they will launch a new joint financing line which will have a budget of up to 100 million euro co-financed in equal parts by the ICF and COFIDES.

“Find the economic boost for the international expansion of your business”

In this regard, the CEO of ACCIÓ, Joan Romero, explained that the public agency makes available to companies “the network of 40 ACCIÓ offices abroad as well as financial aids through Internationalisation Coupons in order to promote the external expansion of the Catalan business community." Romero highlighted the creation last year of the  Barriers to Internationalisation Technical Office, “a one-stop shop that provides support free of charge to Catalan companies that are facing difficulties in Catalonia or abroad when it comes to their internationalisation."

For his part, during his presentation, the CEO of ICF, Josep-Ramón Sanromà, explained that the Catalan public financial institution “offers multiple solutions - loans, guarantees and investment in venture capital - to finance these types of internationalisation projects." Specifically, he referred to “direct financing or co-financing with other institutions, such as the new line with COFIDES; the support through guarantees from Avalis of Catalonia; or capital contribution with the ICF Capital Expansió II fund, among others."

The COFIDES chairman and CEO, José Luis Curbelo, said that COFIDES supports companies' internationalisation while contributing to the development of the countries in which it invests. COFIDES also promotes the financing of projects which have a social and environmental impact abroad, in line with the sustainable development strategy and the Sustainable Development Goals (SDGs) set out by the 2030 Agenda.

“Catalonia, the leading Autonomous Community when it comes to projects approved by COFIDES”

The COFIDES chairman added that “Catalonia is the Autonomous Community with the highest volume of projects approved by the Institution to date." Thus far COFIDES has approved a total of 268 operations in which it has invested more than 500 million euro. "These projects," he explained, "have contributed to the creation of 20,860 direct jobs in the target countries." 65% of these operations have been led by Catalan SMEs.

In addition, he noted that “we currently have 20 projects involving Catalan companies in the portfolio, in which COFIDES has invested more than 123 million euro."

In his opinion, “this agreement will allow Catalan companies to gain access to innovative financial instruments such as the Green Climate Fund, since COFIDES is the first Spanish financial institution accredited before this United Nations agency, or the European Union's External Investment Plan (EIP)." Curbelo pointed out that the Catalan economy has a high level of specialisation in activities linked to climate financing - climate change mitigation and adaptation - which in the future will have a significant influence worldwide, particularly in developing countries through the various funds dedicated to climate financing and the circular economy.

José Luis Curbelo noted that the EIP, which focuses on Africa, is an instrument which, through the issuance of guarantees, encourages a greater presence of the private sector in investment projects in developing countries and in areas where currently they are less involved.

The ICF is Catalonia's public financial institution. Its main mission is to promote the financing of the business community in Catalonia in order to contribute to the growth, innovation and sustainability of the Catalan economy. In this regard, it is actively committed to achieving the Sustainable Development Goals in line with the United Nations' 2030 Agenda.

The ICF acts as an adjunct to the private financial sector, offering a wide range of financing solutions focused on loans, guarantees and investment in venture capital. Since 2014, it has been a member of the European Association of Public Banks (EAPB), which includes a large number of the banks and public financial institutions operating in Europe.

ACCIÓ is the Government of Catalunya's public agency for the competitiveness of Catalan businesses, under the authority of the Department of Business and Knowledge. It promotes the development of the Catalan business community through the internationalisation-innovation binomial, making available to companies 40 External Trade and Investment Offices which cover more than 110 markets. In addition, it advises Catalan companies on how to obtain financing, helps them to grow through training programmes and provides guidance in matters related to clusters. It is also responsible, through the Catalonia Trade & Investment department, for attracting foreign investment to Catalonia. 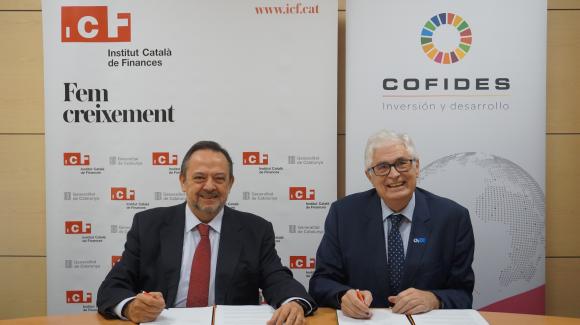 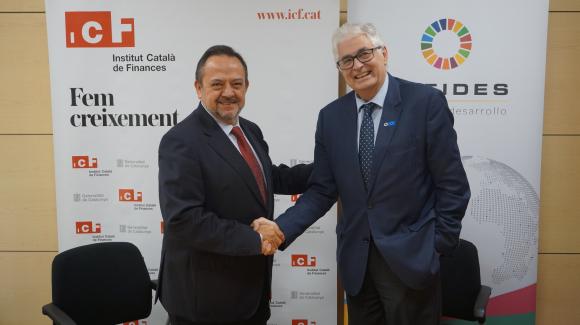 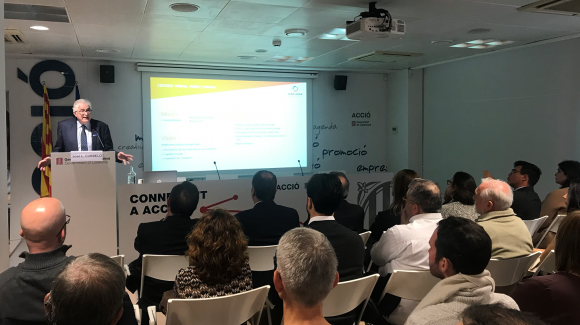