The Chairman of COFIDES, José Luis Curbelo, and the Managing Director of International Trade and Investments, María Paz Ramos, have attended the meeting in which they will discuss the new European development finance architecture, the harmonisation of impact indicators, the challenges of development finance in Africa, as well as the climate finance opportunities, amongst other issues.

The participation of the shareholders of the European entities, represented in their majority by ministerial representatives from the economy, cooperation, trade and foreign affairs areas, is mainly aiming to delve deeper into improving common practice amongst all the European bilateral institutions.

As a shared agenda aim amongst the EDFI shareholders, what especially stands out is the harmonisation of common methods for measuring the impact on the Sustainable Development Goals (SDGs), particularly the links to private sector activity, including gender equality, creating employment, reducing inequality and fighting against climate change.

COFIDES is a founding member of EDFI

COFIDES is a founding member of EDFI, which incorporates counterpart institutions from the 15 European states. Since 2017, it is also a member of the Board of Directors, the highest governing body of the association, along with Proparco (France), OEeB (Austria), DEG (Germany) and Norfund (Norway).

The EDFI Association drives and coordinates EFP (European Financing Partners) and ICCF (Interact Climate Change Facility) co-finance vehicles in which COFIDES has been participating since its creation and whose management board it is also a part of. 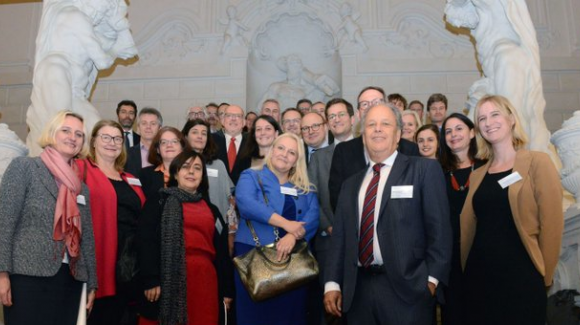