Madrid, September 15, 2020.- COFIDES is to finance Teknia Manufacturing Group's growth in Serbia and Morocco. The Company will provide them with two ordinary loans for a combined value of 4.5 million euros from COFIDES' own funds.

The aim of both investments is to assist the company's expansion by replacing the facilities in which the group previously operated. The total investment amounts to over 8 million euros and includes costs derived from construction, licenses, land and equipment.

Teknia Manufacturing Group has had a presence in Serbia since 2014, when it acquired a local company dedicated to the manufacture of plastic parts for the automotive industry. The current project will be implemented in Kragujevac, Serbia's fourth largest city, located 140 kilometres south of Belgrade.

The group began working in Morocco in 2010, via "Componentes de Automoción Marroquíes" (Moroccan Automotive Components), a company specialising in plastic injection and assembly processes. The new plant will be built in the Tangier Free Zone, a strategic location due to the proximity of its clients and its logistical connections.

The COFIDES chairman, José Luis Curbelo, highlighted the importance of supporting Spanish companies abroad, particularly those which have “the capacity for innovation and a significant technological component, capable of providing their own solutions in sectors such as the automotive industry, in which Spain is to the forefront because of its track record and involvement in large international groups”.

The Financial Director of Teknia Manufacturing Group, Diego Rezola, spoke of the importance of receiving support from companies such as COFIDES at the present time, in order to be able to grow and provide their clients with better production facilities for the manufacture of parts, within a sector such as the automotive industry, which is increasingly demanding.

COFIDES has supported the group's internationalisation process since 2006, using its own funds as well as the FIEX (Fund for Foreign Investment). As a result of this collaboration, the company has managed to become successfully established in Poland and Brazil.

CONTRIBUTION TO THE SDGs

These projects contribute to the achievement of Sustainable Development Goal 8 (Decent work and economic growth), since they stimulate the creation of direct employment during the operation phase.

They also impact on SDG 10 (Reduced inequalities) as they have outstanding potential to promote social, economic and political inclusion in two countries that are moving towards sustainable development.

Teknia Manufacturing Group is a multinational group which has been dedicated to the production of automotive parts since 1998. The Group has 21 production plants located in 12 countries in Europe, Asia, America and Africa. All of its plants have ISO 14001 and ISO/TS 16949 quality certification. Currently, Teknia has more than 3,500 employees, of which 1,100 work at its facilities in Spain.

COFIDES is a state-owned company which has been offering financial support to Spanish companies investing abroad since 1988. COFIDES is accredited to the European Union (EU) to manage funds coming from the EU budget, allowing the structuring of transactions with a high impact on development. COFIDES is also accredited to the UN’s Green Climate Fund (GCF) and can therefore structure operations on climate change mitigation and adaptation. Moreover, COFIDES is the exclusive manager of FIEX and FONPYME funds on behalf of the Secretariat of State for Trade attached to the Ministry of Industry, Trade and Tourism and also supports AECID in managing FONPRODE funds. COFIDES’s shareholders include Banco Santander, Banco Bilbao Vizcaya Argentaria (BBVA), Banco Sabadell and CAF-Development Bank of Latin America. 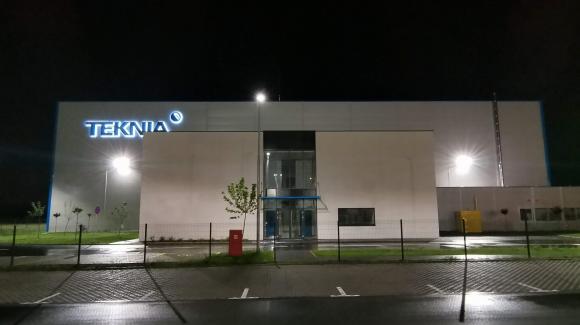