Madrid, the 16th of February 2021.- COFIDES' Deputy Director of Business Development, Ana Cebrián, today took part in the virtual conference "Invest in Turkey. Highlights of the chemical sector", organised by the Spanish Chemical Industry Business Federation (Feique) and COFIDES, in collaboration with the Republic of Turkey Investment Office. The aim of this meeting was to analyse business opportunities for the chemical sector in Turkey, a high-demand market for chemical products, due to its significant dependence on imports and high technology.

In her presentation, Ana Cebrián described how "COFIDES is in a position to provide financial support to companies in the chemical sector carrying out investment projects in Turkey". To this end, "we have a wide variety of financial products available, ranging from debt instruments in their various forms to equity instruments, which allows us to adapt to the specific needs of each company and project," she explained.

She also said that "the diversification of markets is very important for a company's stability and growth; Turkey is a market that offers significant opportunities in the chemical sector". Cebrián continued by pointing out "that, despite the complicated situation in which we find ourselves, companies are continuing with their investment projects abroad. Turkey is a good destination to set up in as it is a dynamic and growing country".

During his presentation, Mustafa Erdönmez noted that global sales of chemical products have doubled in the last ten years due, in part, to "the impetus from emerging economies, with 80% of new production capacity in the hands of these countries", among which he was keen to highlight Turkey. This geographical area represents significant potential for investment by chemical companies, "with solid market growth driven by end-user markets and competitive production costs", he said.

Erdönmez pointed out that Turkey is the largest producer of commercial vehicles and textiles in Europe, the latter accounting for 3% of the world's global exports, and the seventh largest agricultural producer. Moreover, one of the most promising areas of the Turkish chemical industry is the plastics sector, where it accounts for almost 3% of world production.

In conclusion, Erdönmez said that Turkey combines key factors for competitiveness such as a growing economy, a large domestic market, advanced infrastructure, a skilled and competitive workforce and investor-friendly legislation. This means that chemical sector manufacturers can make a long-term return on investment in one of the emerging nations, which he described as "the most promising in the world".

To conclude the conference, Maria Eugenia Anta moderated a Q&A session in which Spanish chemical sector companies' interest in Turkey as a market which represents significant business opportunities at the international level became clear. Anta herself spoke of the importance of seeking new opportunities in third markets in order to boost companies' reactivation and recovery.

FEIQUE is the Spanish Chemical Industry Business Federation and it represents and defends the interests of the Spanish chemical sector on more than 150 committees and executive bodies of both the state administration and private organisations. Its mission is to promote the expansion and competitive development of an innovative chemical industry that contributes to the creation of wealth, employment and products that improve citizens' well-being and quality of life, in accordance with the principles of sustainable development.

The Spanish chemical industry is a sector made up of more than 3,000 companies which, with an annual turnover of 66,433 million euros, generates 13.4% of the Gross Industrial Output and 697,700 direct, indirect and related jobs in Spain. The chemical sector is the second largest exporter in the Spanish economy and the leading investor in R&D&i and Environmental Protection.

COFIDES is a state-owned company which has been offering financial support to Spanish companies investing abroad. COFIDES is accredited to the European Union (EU) to manage funds coming from the EU budget, allowing the structuring of transactions with a high impact on development. COFIDES is also accredited to the UN’s Green Climate Fund (GCF) and can therefore structure operations on climate change mitigation and adaptation. Moreover, COFIDES is the exclusive manager of FIEX and FONPYME funds on behalf of the Secretariat of State for Trade attached to the Ministry of Industry, Trade and Tourism and also supports AECID in managing FONPRODE funds. COFIDES’s shareholders include Banco Santander, Banco Bilbao Vizcaya Argentaria (BBVA), Banco Sabadell and CAF-Development Bank of Latin America. 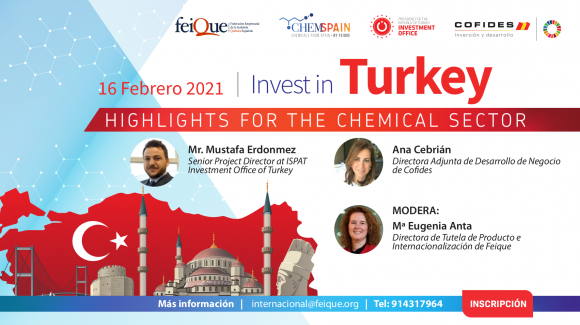 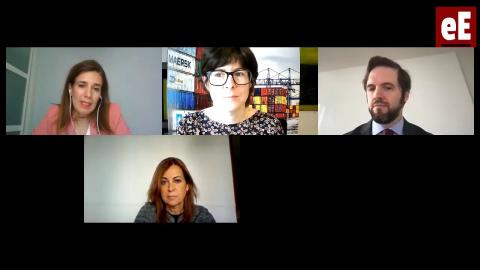